Rituals at Camp Wekeela – the Importance of Cabin Bonding

One of the most unquestionably unique traditions at Camp Wekeela is known simply as Rituals. The feeling and importance of ‘Rituals’ at Wekeela is challenging to explain – it’s just one of the traditions that you need to be there to feel it. Simply put, rituals is designed to be a method for campers and staff in a bunk – their camp family – to put closure on the very hectic and busy day of camp. Rituals are consistently a highlight of the Wekeela experience and one of the most important functioning pieces of the bunk dynamic/culture – an actual ritual. With some inspiration, campers and staff can bring the lessons of bunk rituals home. 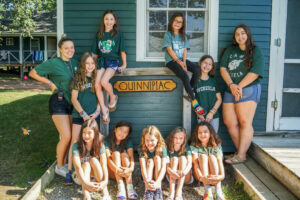 Every night at Wekeela, all bunks at camp wrap up their day as a cabin – before bed and after the day’s Evening Activity. This activity usually happens in the bunk in which the campers and counselors are seated in a circle. The activity usually involves one of, or a combination, of the following: Emotional connections, story-telling, anecdote sharing, and unlimited discussion topics. The bunk makes sure that everyone contributes to the conversation, and it’s ultimately a very special part of the day to connect with others in this way. The importance of Rituals is truly the bunk dynamic – all campers and staff participate and put that necessary closure on the day. Rituals can be reflective, goofy, calming, serious, and anywhere in between.

Some common rituals can be: 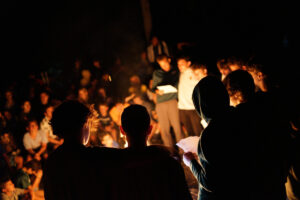 Reflective: High of the Day/week

Questions: Using any questions to start discussion is impactful as a ritual. They can be silly or random questions or more serious and reflective:

Read below about how you and your family can incorporate rituals practices into your daily routine during the off-season:

After the cabin finishes their rituals, most will usually play a song for the group. That song is either played as the campers lay in their beds, or while they still sit in the circle. This moment invokes feelings of reflection, gratitude, and togetherness. Counselors will determine if the “Night Song” will change or repeat every night. Some older bunks have a bunk song that they have listened to together for many years that has a profound meaning to the group individually. Ask any camper what it’s like to hear their bunk’s ritual song during the school year and they’ll tell you how they feel like they’ve been transported back to their cabin for a moment. Music is one of the most powerful creative expressions in the world and the power of music at camp is no different. Music is an incredible tool for camp bonding and group identity. 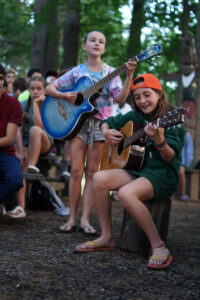 Rituals in the Classroom

Sometimes during the year it’s possible to see the effect of rituals, even in schools! Jenna Rhein is a 4th grade teacher and Head Counselor at Wekeela, and tries to replicate some aspects of the camp culture into her classroom to express the ideals of working as a team.

“Rituals are very similar to the practice of morning meetings at school,” Rhein says. “It’s a time for everyone to gather together and reflect on the day or what question is posed to them.” This concept of morning meetings is similar to rituals at camp. Having the experience of summer camp, it’s beneficial for her for the meetings. “It’s a great way to build community and have memories that are about more than just learning.”

We believe that applying concepts of rituals to your home can be very beneficial. Borrowing the style of a camp ritual to fit your rest-of-year life is a great way to have a nightly activity with your family, and continue to have a piece of camp throughout the year.

Similarly to a bunk’s nightly song, the song that is played to wake everyone up is another school year staple for some campers/staff. We’ve heard from parents that campers have made their alarm every morning ‘Mr. Blue Sky’ by Electric Light Orchestra because that’s what their bunk woke up to every day.

The most important element of rituals is that you are putting closure on your day. At camp, there are no electronics to distract us from the natural sleep cycle, so ending the day with gratitude, reflection, and calming music/meditation goes a very long way to make our campers refreshed for the next day of camp!

Check out the Community Sourced Wekeela Rituals Playlist on Spotify! This is a public playlist consisting of years of wonderful and popular songs used during rituals, many staff and campers have added (or are welcomed to add) meaningful songs! Check it out!

A great rituals song story: One of my fondest memories is going with some of my campers to see the artist of our ritual song— Jordan Mackampa. We would play Yours To Keep every night for years straight… even some others from camp tagged along cause they loved the song we played too. Seeing him perform it live together was simply magical – Jordan even met with us after the concert (Middle) because I messaged him on Social Media explaining the importance of his music to our bunk! He was so great!

We hope you enjoyed learning about Rituals at Wekeela and the importance that this timeless tradition has on the well-being and bonding power of our bunks at Camp Wekeela!